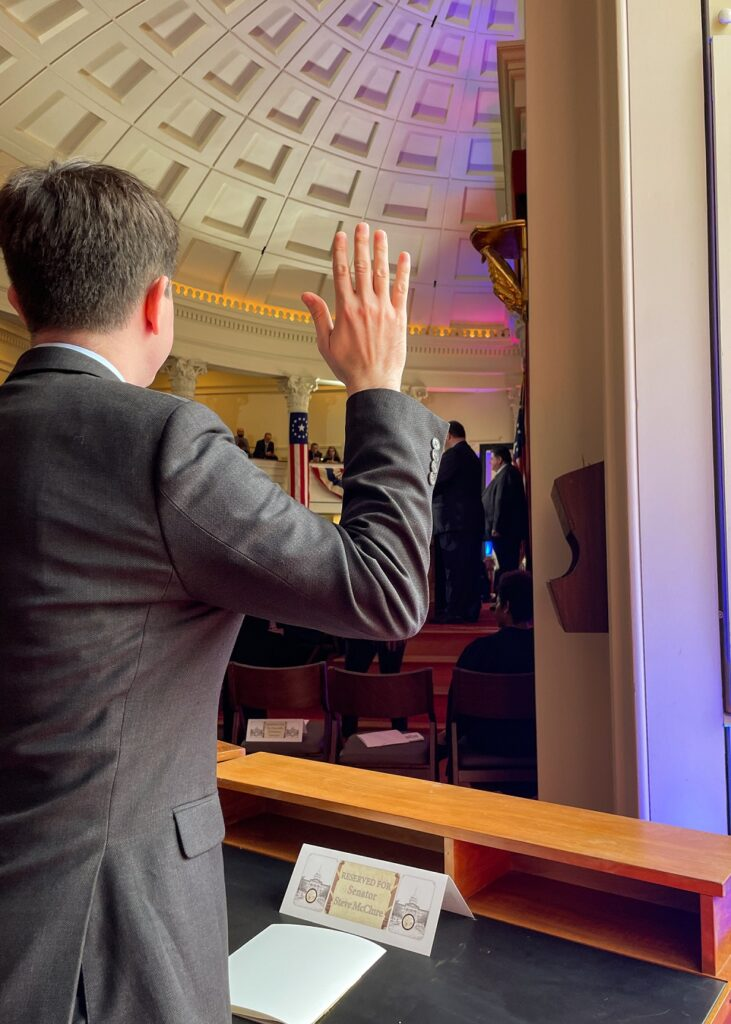 Sworn in as 54th District Senator As the 103rd, General Assembly gets underway in Springfield, State Senator Steve McClure (R-Springfield) has been named Floor Leader for the Republican caucus.“It is a tremendous responsibility to be tasked with presenting the Republican perspective during debates in the chamber and an honor to be asked to serve in this important position by my colleagues,” said McClure.In addition to his duties as Floor Leader, Senator McClure has also been named as Assistant Republican Leader to new Minority Leader John Curran. McClure, a native of Springfield, previously served as the Assistant Floor Leader under former Minority Leader Dan McConchie in the 102nd General Assembly.“Senator McClure is a bright and promising rising star in the Illinois Senate,” said Leader Curran. “I have full confidence in his ability to serve as the voice of our caucus on important issues that we will take up in the Senate.”Senator McClure previously represented the 50th District in the Senate. Due to the recent redistricting process, he is now serving as the Senator for the 54th District and was sworn in on January 11th.“It’s a distinct honor to be once again sworn in as a member of the Illinois State Senate. I look forward to continuing my work toward bringing accountability and transparency to state government, helping to keep our communities safe, and working with my colleagues on both sides of the aisle to advance common-sense solutions. I am especially excited to spend more time in the new areas that I now have the honor of representing in Springfield.”McClure, a former prosecutor, has focused much of his efforts in the General Assembly on criminal justice and public safety issues, from working to protect DCFS employees to protecting children from convicted predators.