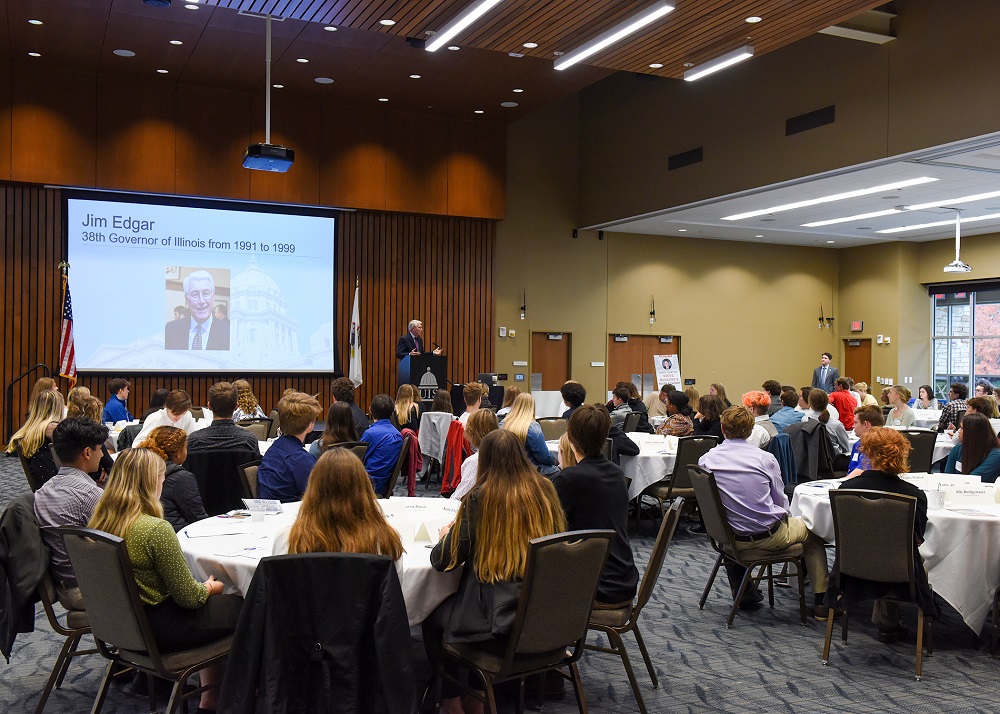 “Our goal is to encourage students to be active and educated citizens, and if they are interested, to pursue a career in public service,” said Senator McClure. “When I was young, I was inspired to serve, and I hope this experience can encourage others to do the same.”

The students spent their morning learning from current and former elected officials, including McClure, former Governor Jim Edgar, Senator Sally Turner, and Representative CD Davidsmeyer, as well as Tiffany Mathis, a local community leader and the CEO & Executive Director of the Boys and Girls Clubs of Central Illinois.

“I have an interest in getting into politics and studying law, that sort of career field, and I thought that coming here would be a good way to expand my interests and learn more about how bills are passed,” Jacksonville High School senior Brooke Brannon. “The youth of today are the ones who are going to be making the decisions in the next few years, and if we’re not well-versed in the issues in our society, then it won’t work out well.”

“It’s nice to see other people’s point of view, how they think, and how their life is around them,” said Pawnee High School senior Haylee Pleshe. “It definitely helps a lot, you learn a lot, and it’s a great opportunity.”

Students were divided into groups to discuss current issues and government policies before conducting a mock legislative committee hearing.

“I think a lot of kids have a lot of great ideas, but don’t realize that politics is a great way to get those ideas heard and put into action,” Southeast High School Isaiah Pickett. “For kids to get into politics at a younger age and understand it, you get footing and put your ideas out there.”

During the mock hearing, students assumed the various roles in the legislative process, including lawmakers, lobbyists, and concerned citizens.