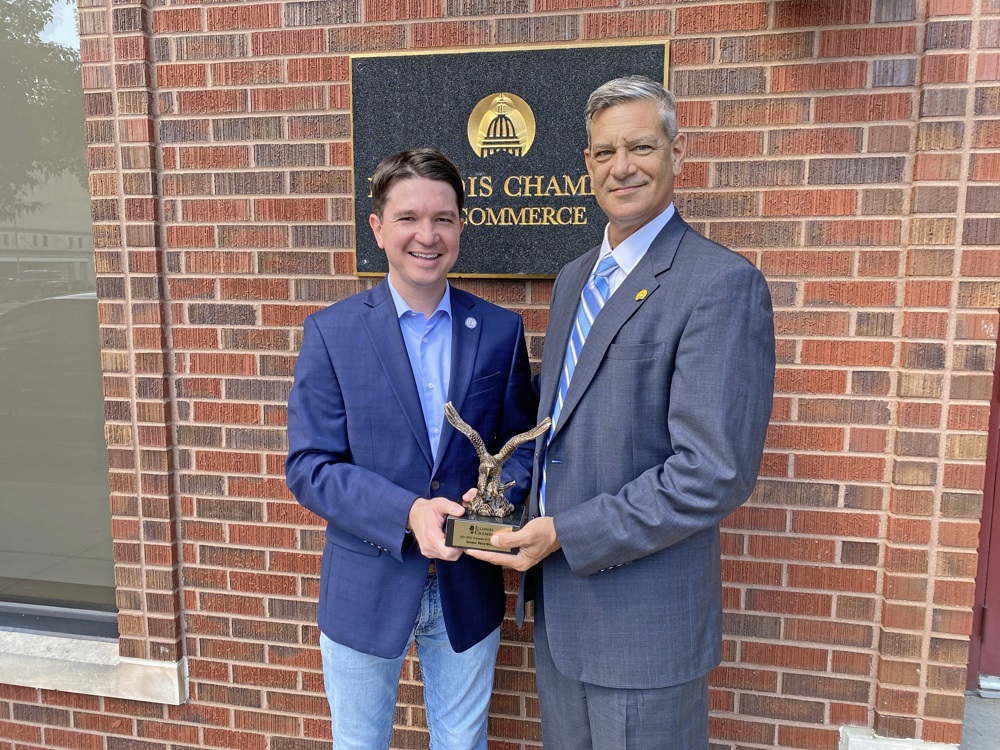 State Senator Steve McClure (R-Springfield) has once again been recognized for his support of pro-growth economic policies, as the Illinois Chamber of Commerce has named the Senator as a “Champion of Free Enterprise.”

“State government has a duty to ensure that businesses have the freedom to succeed, create jobs, and help grow our economy,” said Senator McClure. “It is a great honor to be recognized again for my work to make our state more friendly for business and job growth.”

The Chamber’s Champion of Free Enterprise Award is designed to recognize legislators who consistently vote in support of the state’s business community and the people that they employ. It is based on the lawmaker’s voting record on pertinent bills in the General Assembly.

McClure received a 93% overall rating from the Chamber for the 101st and 102nd General Assemblies.