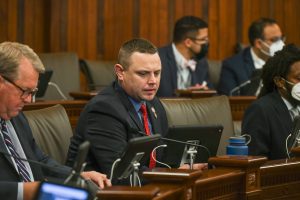 State Senator Neil Anderson (R-Andalusia) has released the below statement following the Senate’s passage of a bill to ban so-called “assault-style” weapons in Illinois:

“The Democratic Party has made it clear that our Constitutional rights don’t matter and the right to bear arms across our state sits at the hands of their party.