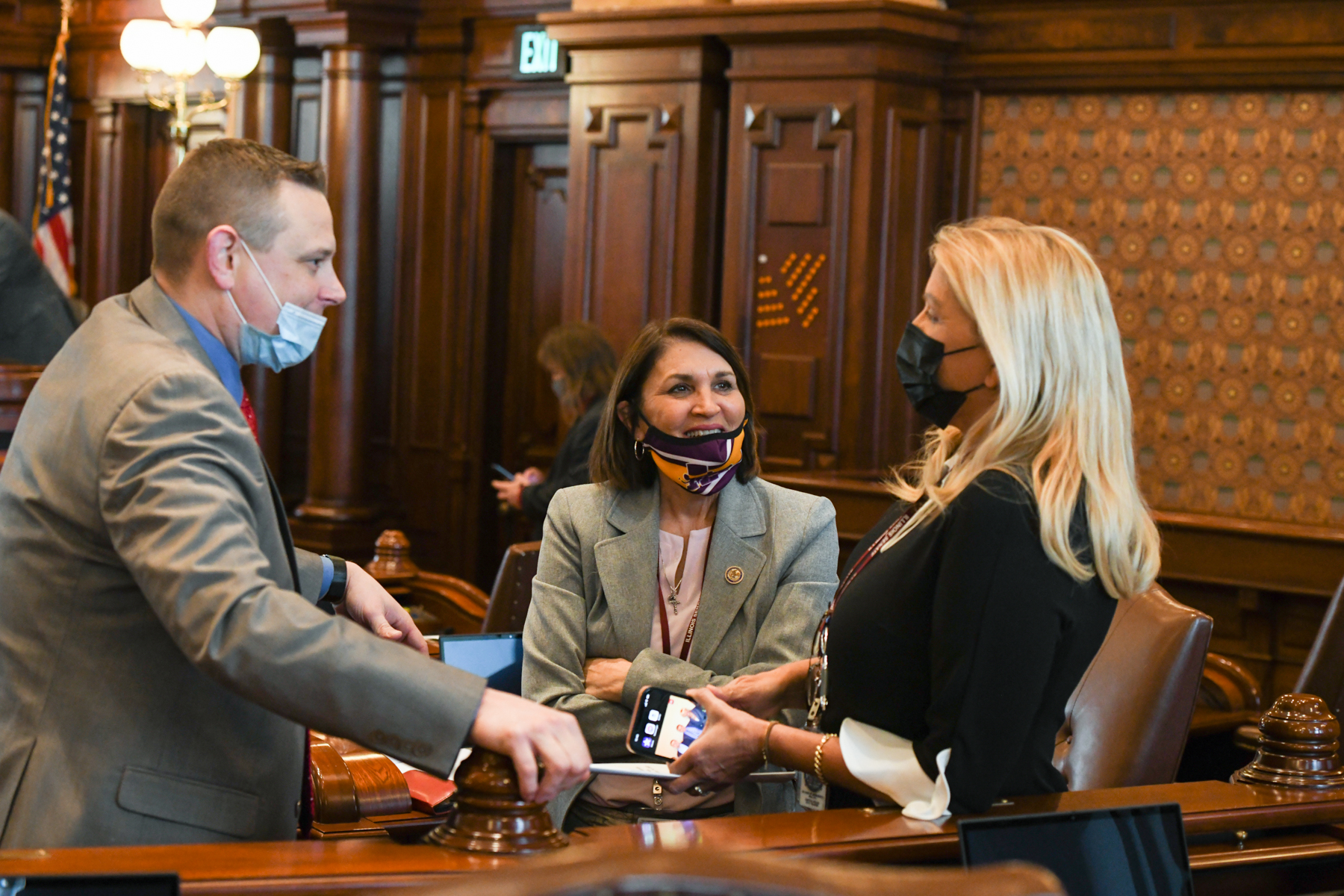 In their ongoing desire to combat the ongoing fentanyl epidemic that is running rampant throughout the state and nation, State Senator Sally Turner (R-Beason) and Senate Deputy Minority Leader Sue Rezin (R-Morris) held a press conference at the State Capitol with McLean County State’s Attorney Erika Reynolds to unveil legislation that creates two new offenses and penalties for individuals who intentionally sell scheduled drugs with fentanyl or use electronic communication devices to sell fentanyl.

“This epidemic grows more serious each year as the number of deaths continues to climb. No longer is this just something that is happening in a faraway land, it’s happening everywhere,” said Senator Sally Turner. “We, as legislators, have a responsibility to take action and to protect the people who are the targets of this awful poison. Each day that we do nothing, more lives are lost.”

Senate Bill 4221 would amend the manufacture and delivery offense within the Illinois Controlled Substances Act to create a new Class X felony requiring nine to 40 years in prison for unlawfully selling or dispensing any scheduled drug, like Adderall or Vicodin, that contains a detectable amount of fentanyl.
“Nationally, nearly 70,000 people 18 and older died in 2021 from synthetic opioid-related incidents, with 90 percent of those being fentanyl-related. That is equivalent to one plane crashing each and every day,” said Senator Sue Rezin. “In Illinois, we have seen the number of synthetic opioid deaths jump from 87 in 2013 to 2,672 in 2021. That means in less than one decade, the state of Illinois saw nearly a 3,000 percent increase in synthetic opioid overdose deaths. We cannot and should not continue to turn a blind eye to this staggering trend.”

“As the McLean County State’s Attorney, I am thankful that Senator Turner and Senator Rezin are taking steps to support communities victimized by the ongoing fentanyl problem. My office welcomes the opportunity to hold accountable the people who prey upon the weakest among us by pushing fentanyl for financial gain,” said McLean County State’s Attorney Erika Reynolds. “This poison is killing people in our communities, and those who knowingly spread that poison should face harsher penalties.”

Sen. Turner and Sen. Rezin hope to see this legislation move through the legislative process this veto session.